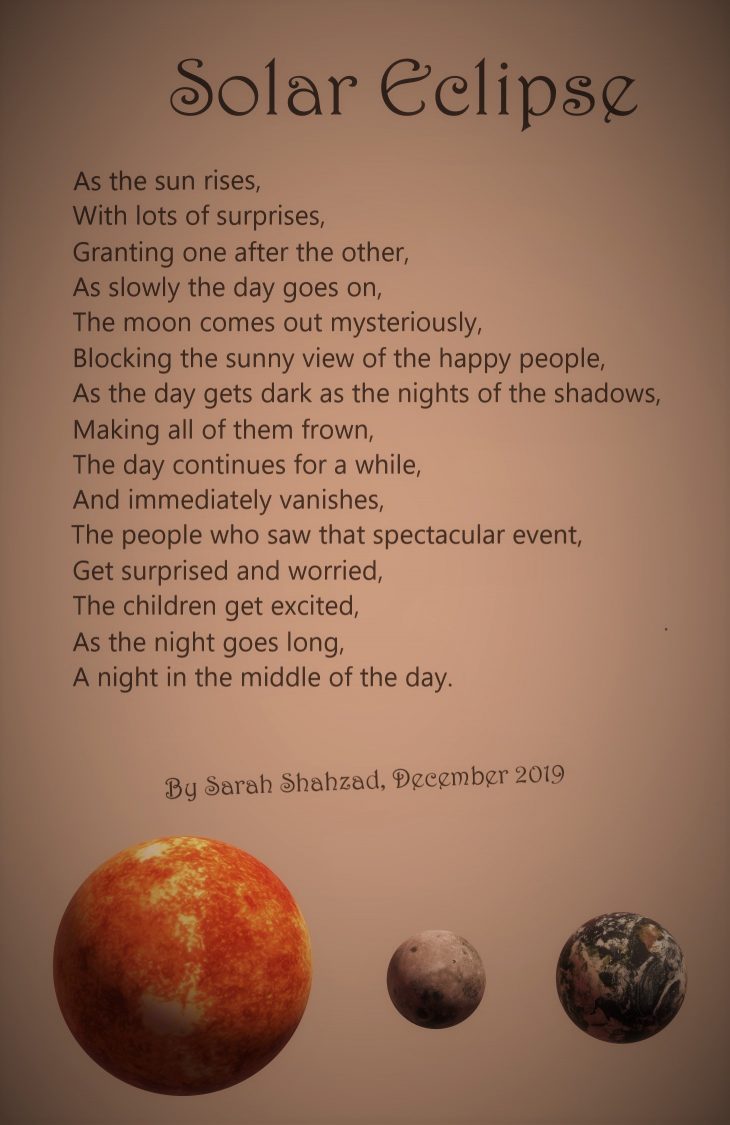 As the sun rises,

With lots of surprises,

Granting one after the other,

As slowly the day goes on,

The moon comes out mysteriously,

Blocking the sunny view of the happy people,

As the day gets dark,

As the nights of the shadows,

Making all of them frown,

The day continues for a while,

The people who saw that spectacular event,

Get surprised and worried,

The children get excited,

As the night goes long,

A night in the middle of the day.

This poem is about solar eclipse.  It is quite different from lunar eclipse.  That is to say that moon crosses the path and comes in between earth and sun.

Meanwhile some enthusiast await for eclipses but most of the people also worried about its negative impact.  Somehow people are afraid of coming out of the houses during solar eclipse but in contrast people with cameras loved to take pictures of it.

Solar eclipse on 25/26 December 2019 is called as final eclipse of the decade.  On christmas day, sun appears about one percent smaller in the sky.  Therefore we will be able to observe a ring of fire.

Some of the people are worried about eclipse and ask their children to stay away from the dark rays of the eclipse.

What are your thoughts about lunar and solar eclipse?