Poetry is a form of literature that has a long history. Prehistoric Africa is considered to be the time when poetry about hunting was first created. It took many forms and styles and reached to the current era where all kind and forms are still prevalent.

Poetry is said to be a splendid arrangement of expressions by using forms and conventions to evoke emotional responses. Readers interpret poetry according to their perceptions.

Some form of Poems follows rhythm, rhyme, syllables or some other scheme and could be a free verse. Different cultures have a wide variety according to their language, culture, etc. 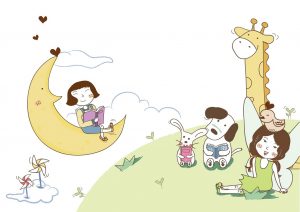 Although poets are free from limitation but they may still use regular rhymes or meter. The resultant piece is artistic presentation of expressions and ideas.

It is free style poem writing. There are no rules to follow. All we have to do is to pen our ideas into verses as an artistic expression.

Every year, a time term has passed,

And delights have happened,

But today is your day,

May your wish come true,

And your dreams come true,

Today is your lucky day,

This day will be a happy day, forever,

I am glad to be blessed with,

And you must be glad to have me,

You make our wishes come true,

And today is the day to thank you,

Today is the day,

Where we will make your wish come true,

We will celebrate this day with you,

Happy Birthday to you.

Limericks are most cherished English poems for kids and elders where kids of all the ages read, sing and adore these. Although these poems are humorous but sometimes a rude component is included as well.

There is city, in Ireland, in the name of Limerick which is said to be referenced to this poem type.

Edward Lear is the poet who popularized this this poem form. His book of nonsense in 1846 is considered as best one depicting Limerick poetry work.

A lot of poets attempted this humorous (nonsense) and sometime rude type of poetry but most popular one is “Hickory Dickory Dock” which is a short poem but a light one or humorous.

A limerick has first, second and fifth rhyme and third and fourth same rhyme or different from the rest. Basically rhyme scheme is AABBA.

Lisa came all the way from Indonesia,

To taste some pizza visa!

Pizza made with cheese,

Lisa came all the way from Indonesia.

Normally first line introduces a person or place and last line is repetitive sometime. Rhyme is established in the first line and which is followed in the second and fifth lines. As explained in “form” above, third and fourth lines have same rhyme. Repetition is not compulsory now a day.8

Haiku poem is a three liner poetry which is normally not rhyme. As it is set by syllable rule. This style is dated back to traditional Japanese poetry that follows 5, 7 and 5 syllable rule.

It is mostly written about nature and all you have to cover is idea or expression in 3 lines.

Goes away from winter dog,